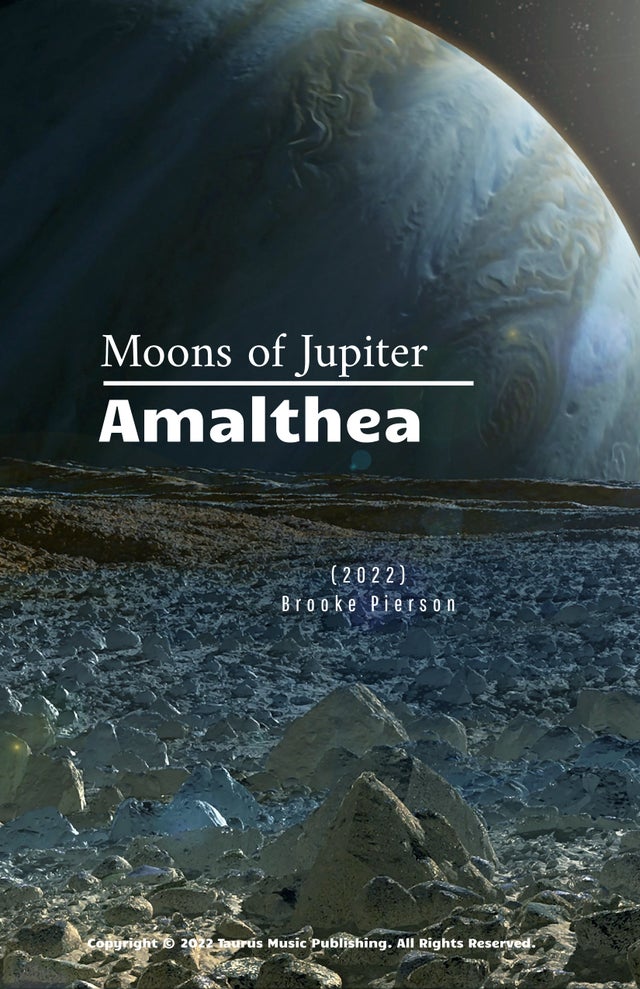 "Amalthea" from Moons of Jupiter

"Amalthea" from Moons of Jupiter

The planet Jupiter, our solar system’s largest object other than the Sun, is visible with the naked eye on Earth. With a fairly basic telescope, you can see its color bands and its moons. As of 2019 there are a total of 53 named moons and another 23 waiting to be officially named. Jupiter's four largest moons, also known as the Galilean moons, are the most notable and include Io, Europa, Ganymede, and Callisto.

"Amalthea", aptly named after the foster-mother of Zeus (Jupiter's Roman equivalent) who took care of him as a baby, hidden, when his father Cronos had eaten all of Zeus's siblings. (In some lore "Amalthea" is a goddess and in others, a sort of goat from which Zeus suckled).

A small red moon that doesn't seem all too significant, and yet most interesting is that she is a tidal-locked moon, meaning one side always faces Jupiter. In other words, with a little mixed mythology, Jupiter in all its glory, is still being faithfully and dutifully watched.